Oil and Gas Decline Curves in 2021

Oil and Gas Decline Curves in 2021

What is an Oil and Gas Decline Curve

When you look at the oil and gas decline curve in the photo above, you can see how it starts out with a very high amount of production (and royalty checks) and then drops quickly.   Then over a number of years it will decline but at a much slower rate.

How an Oil and Gas decline curve affects you

One common mistake mineral owners make is valuing their royalties on the amount they receive today.   It’s important to understand that the value of your property is quickly declining.   This is why some royalty owners decide to sell royalties.  To get a guaranteed amount now.

If you are thinking about selling royalties we can help.  At US Mineral Exchange we help royalty owners sell for maximum value.  Get started by listing mineral rights today.

To download an image, click on the production decline curve image to view the larger file size.  Then right click on the image and select “save as” to save the image for use on your website. 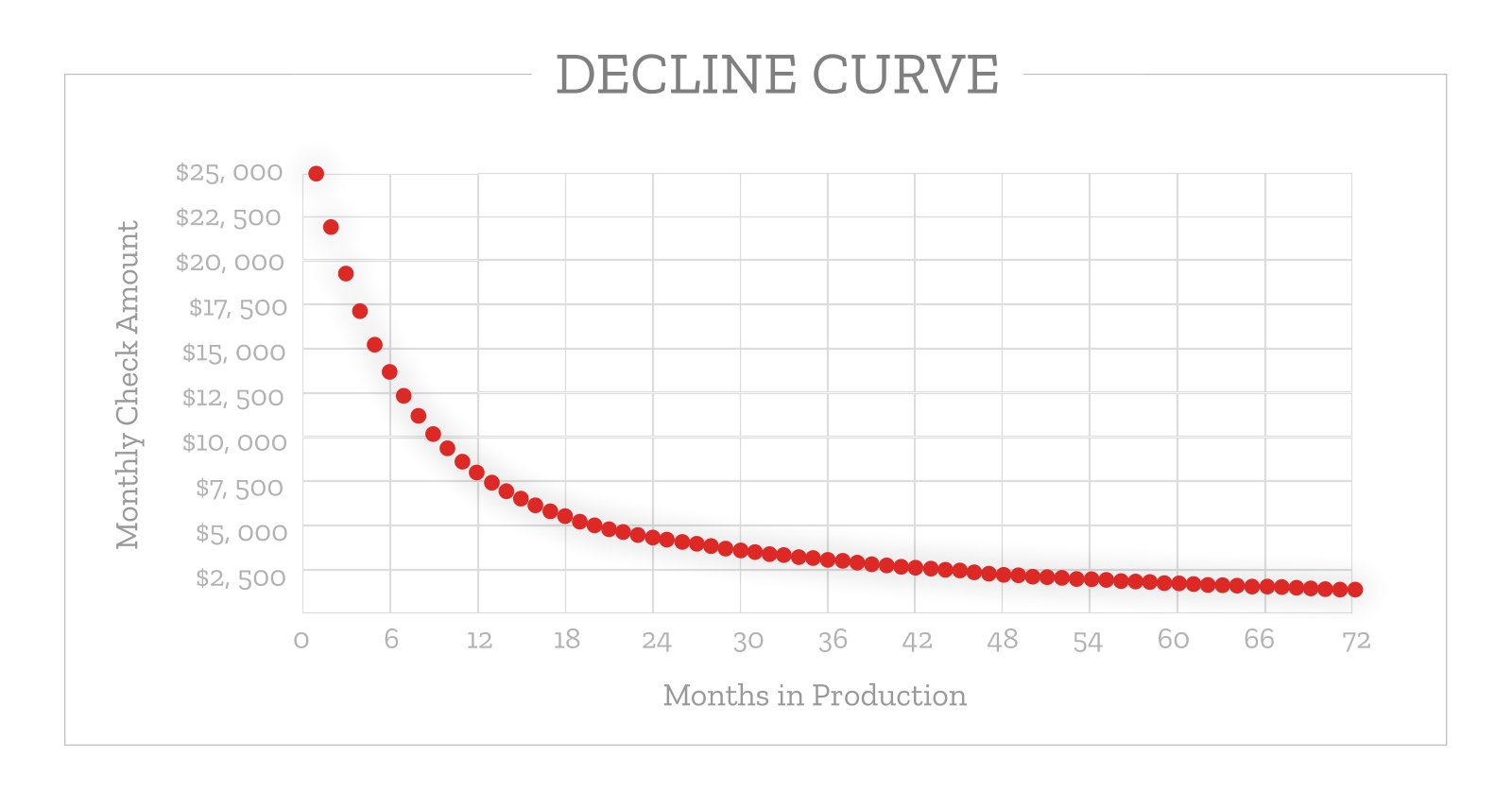 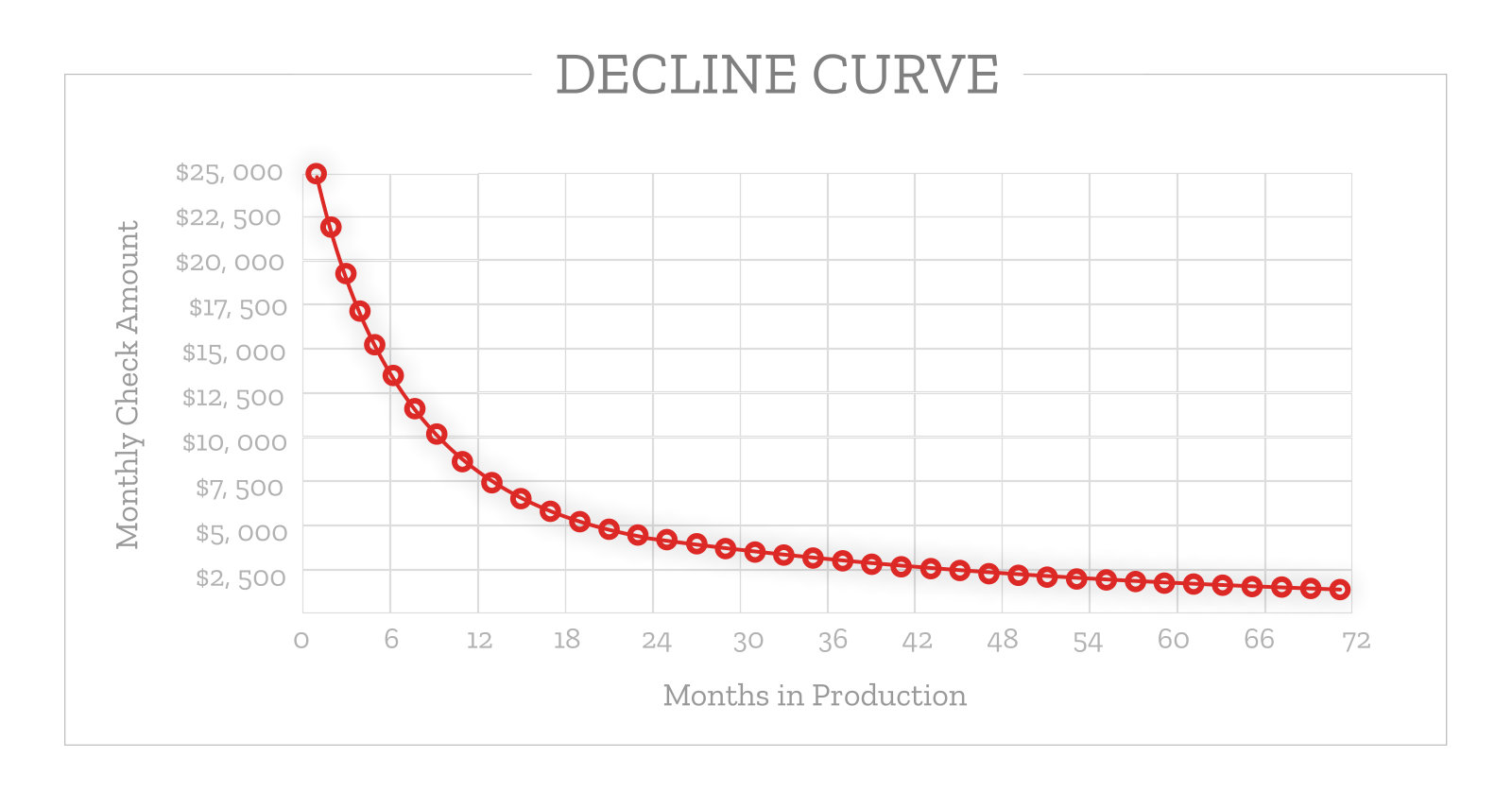 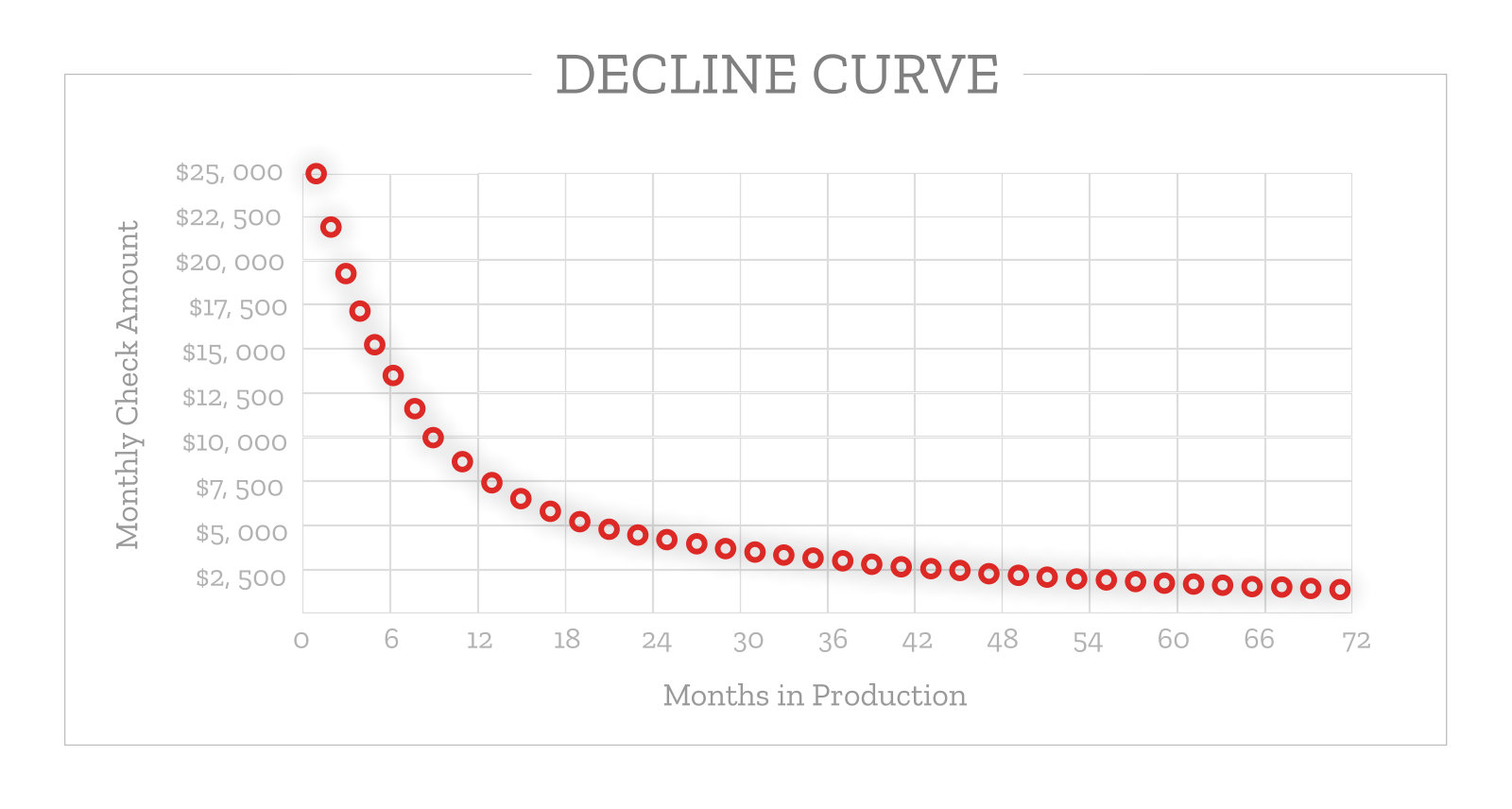 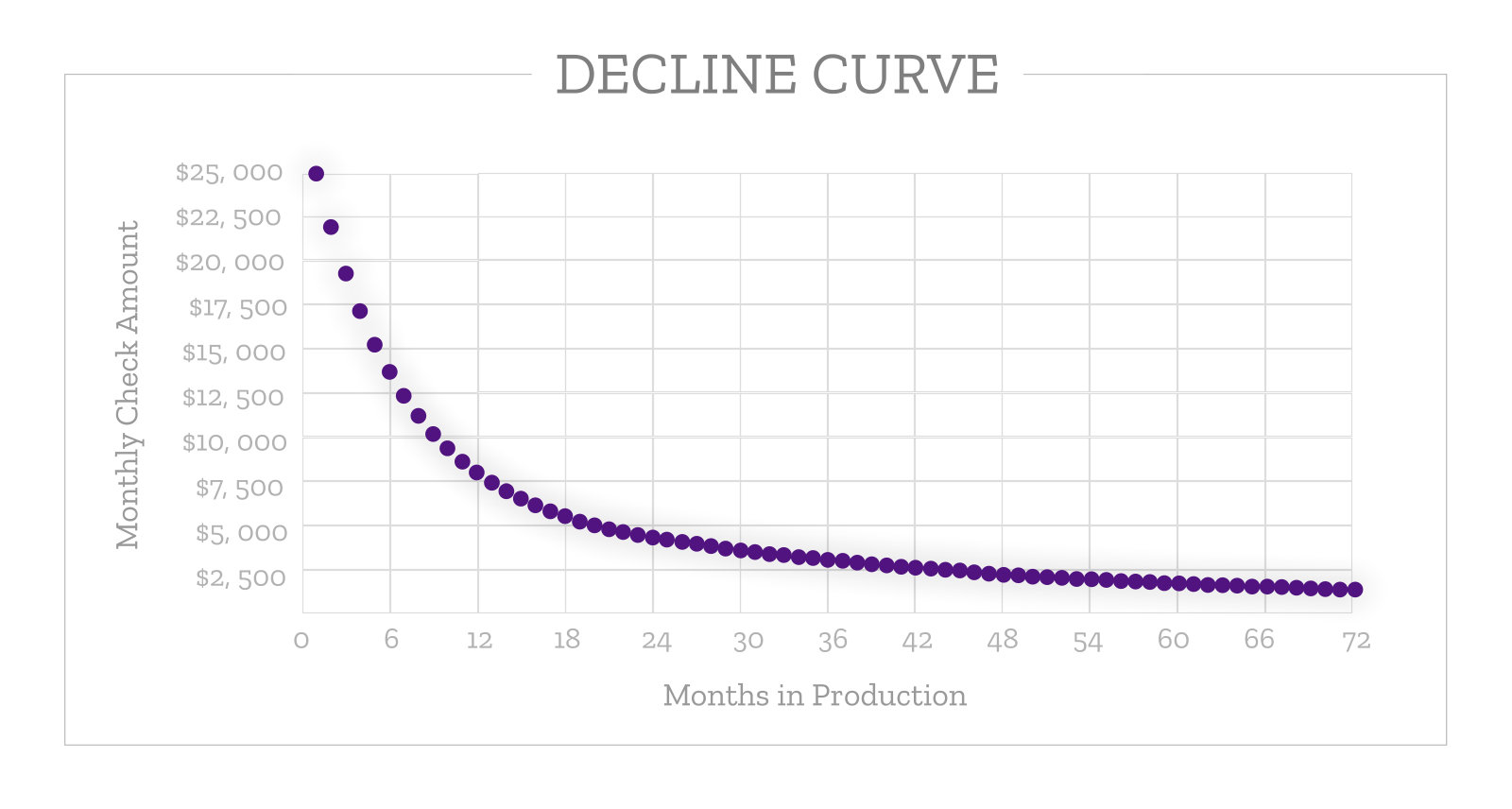 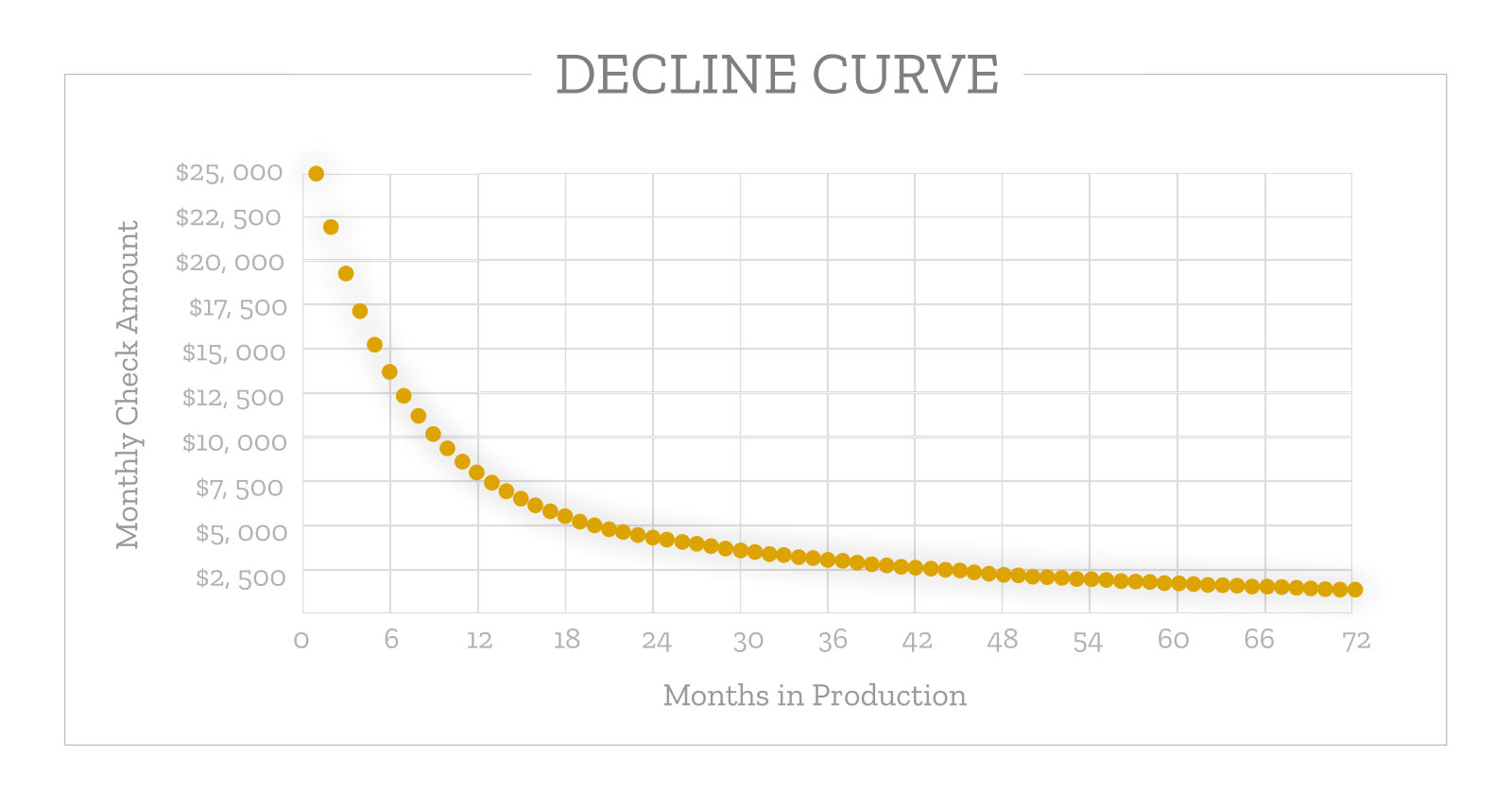 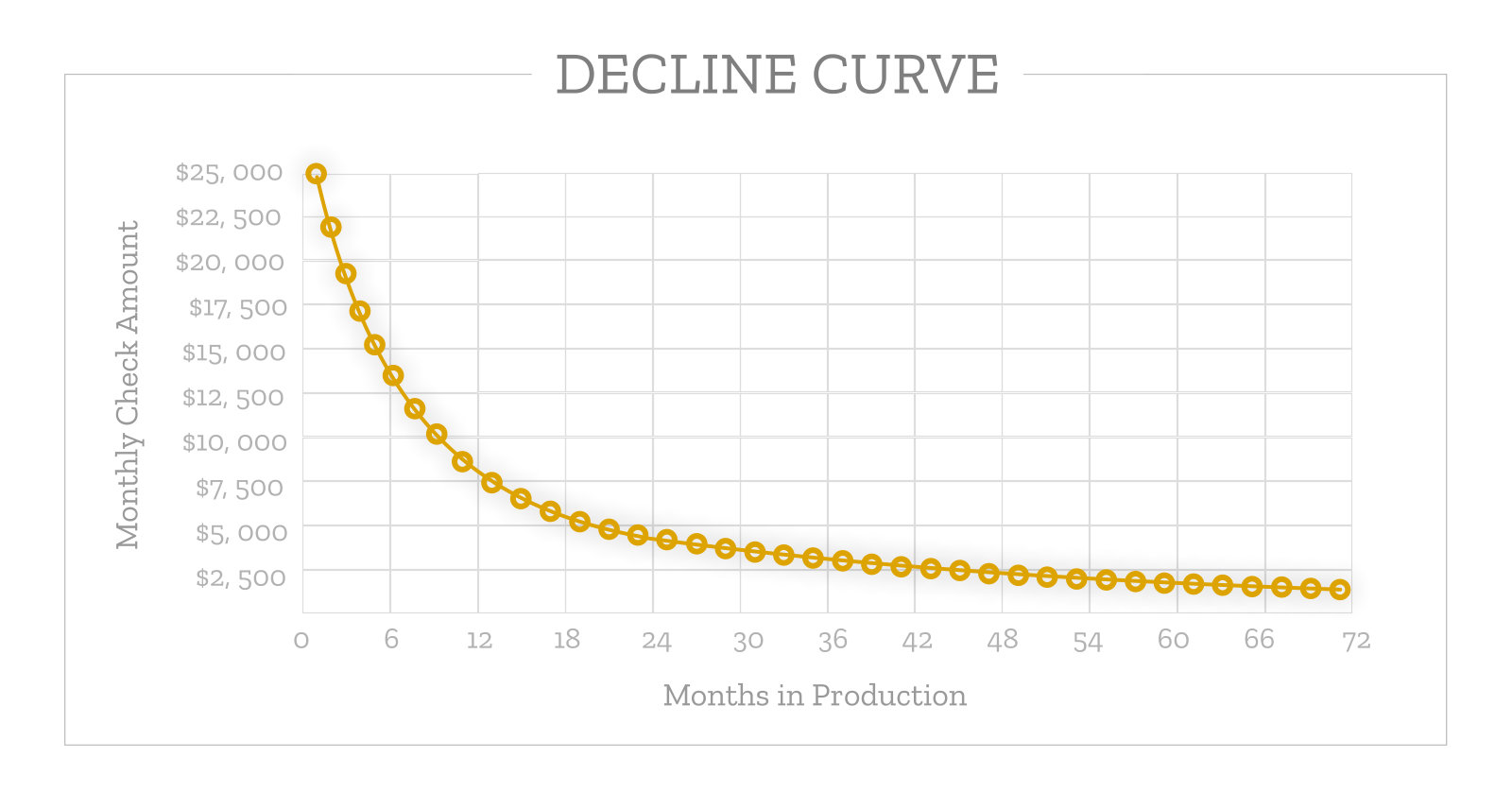 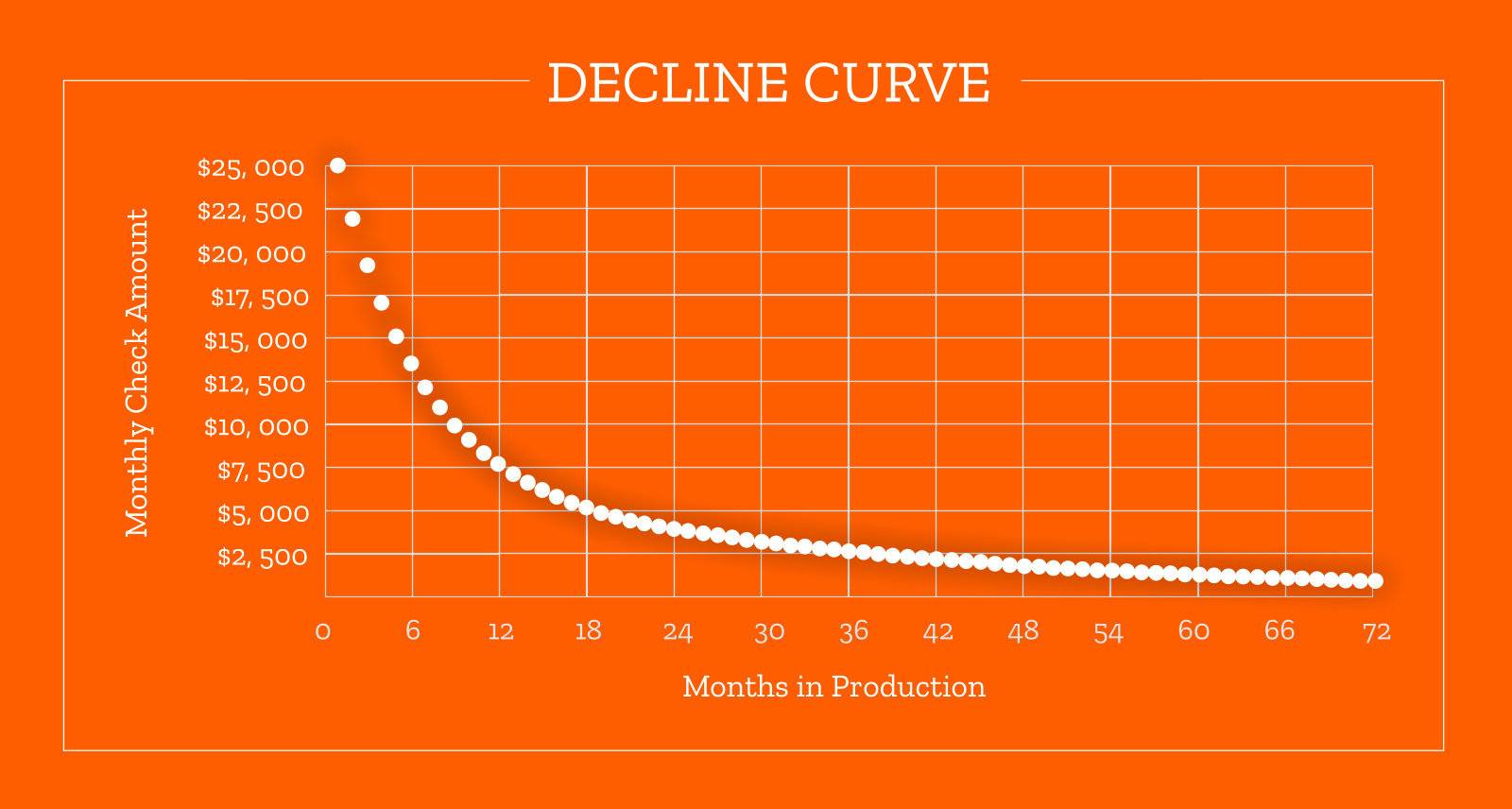 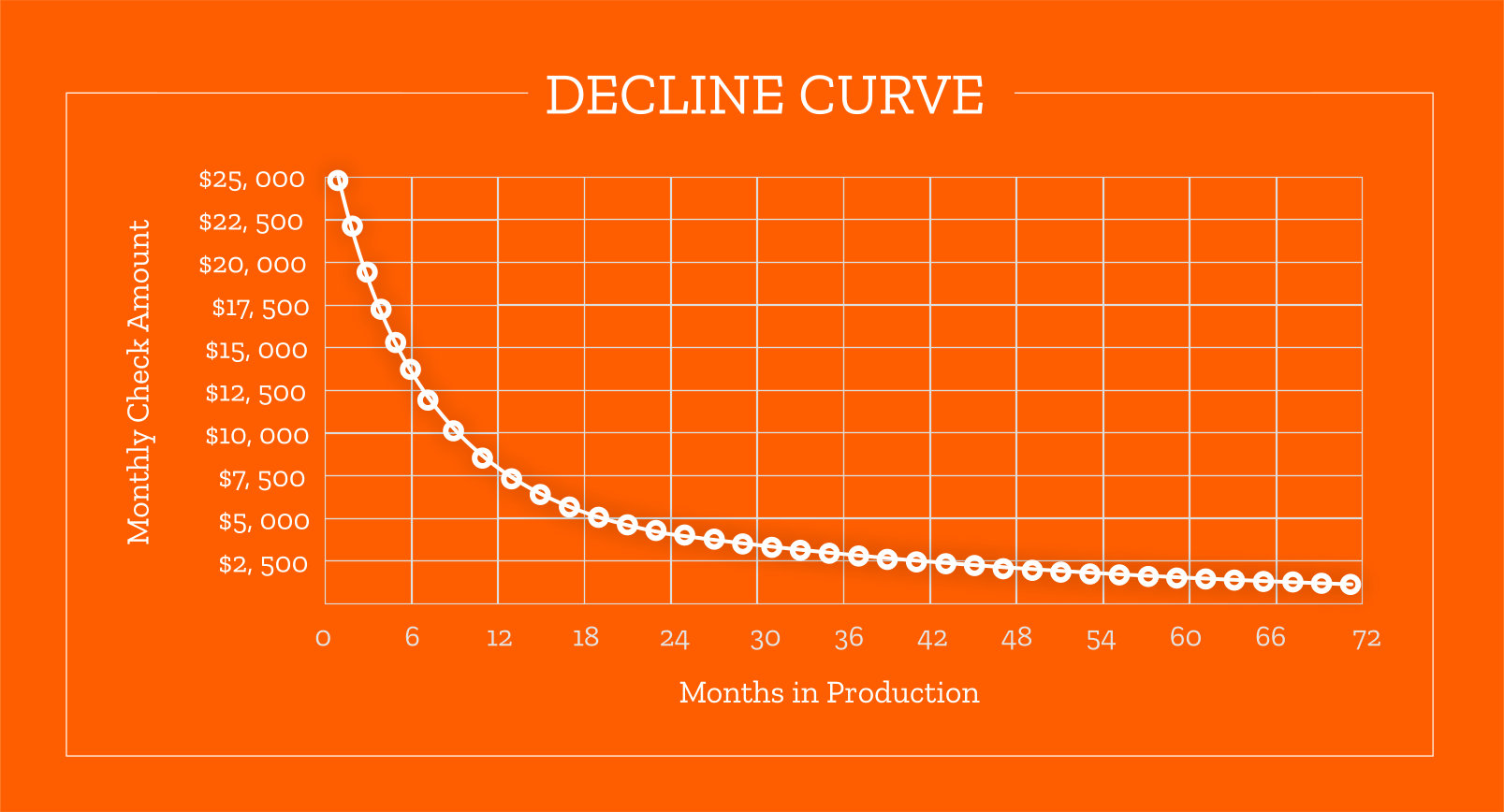 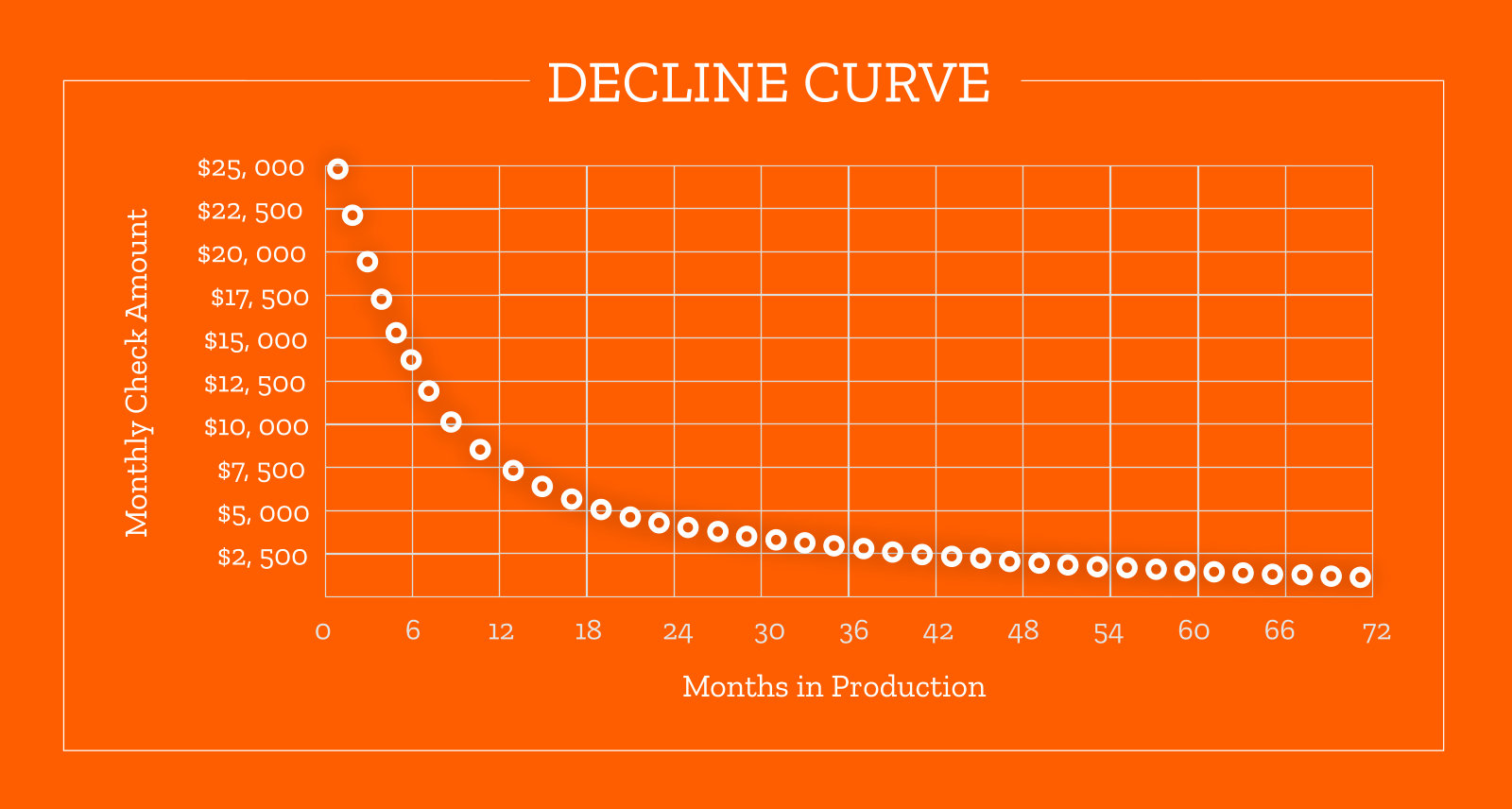 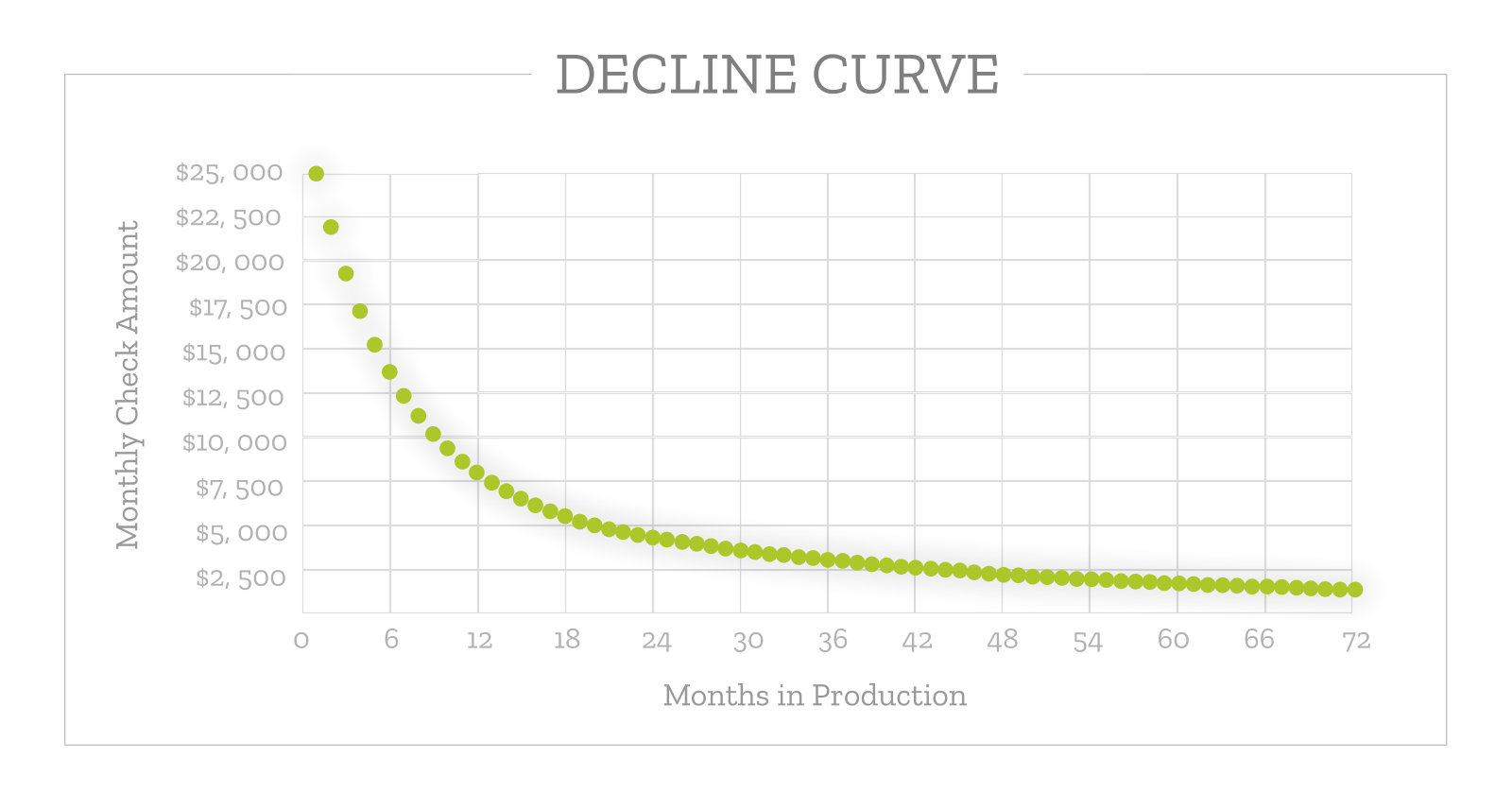 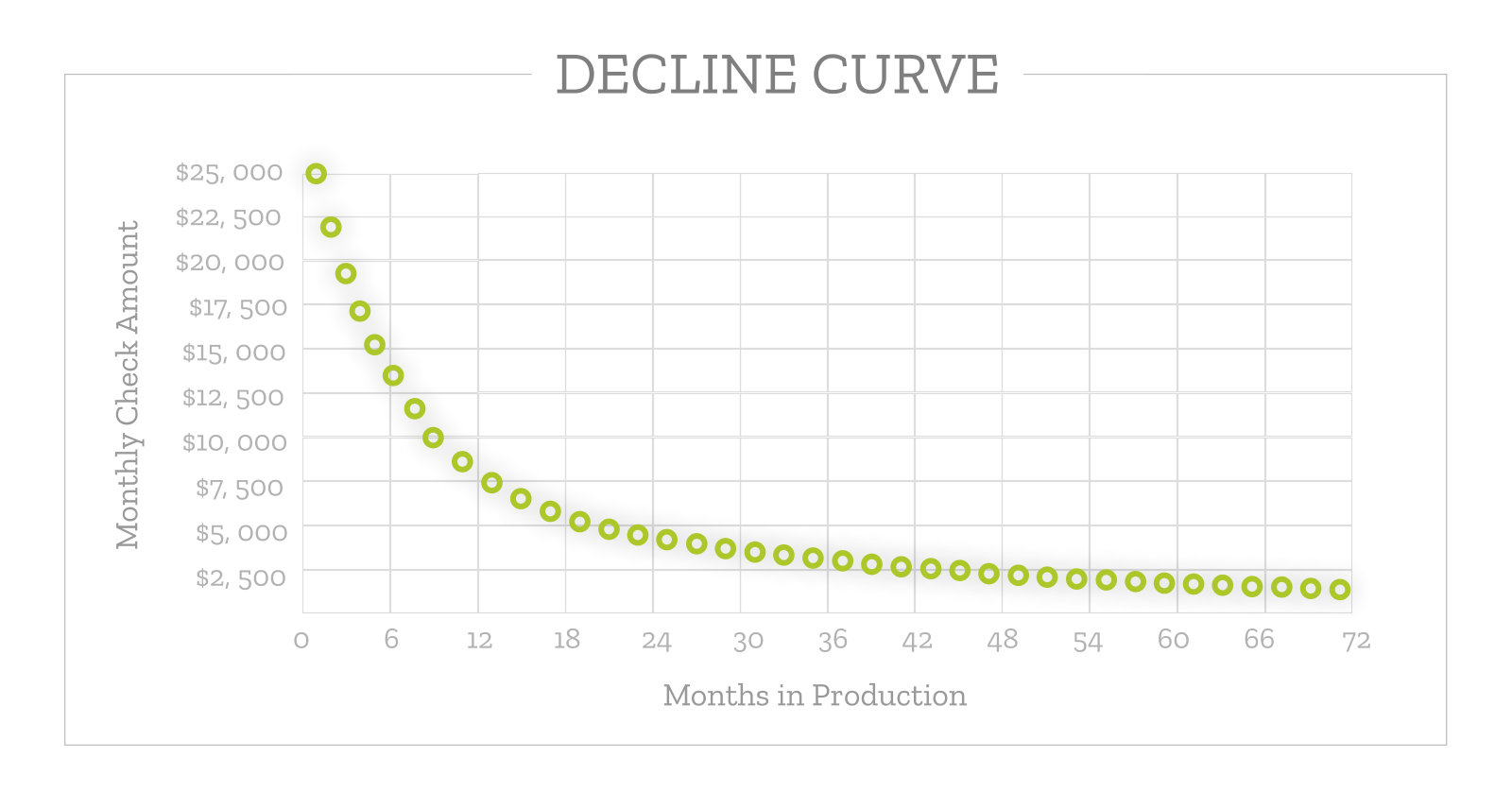 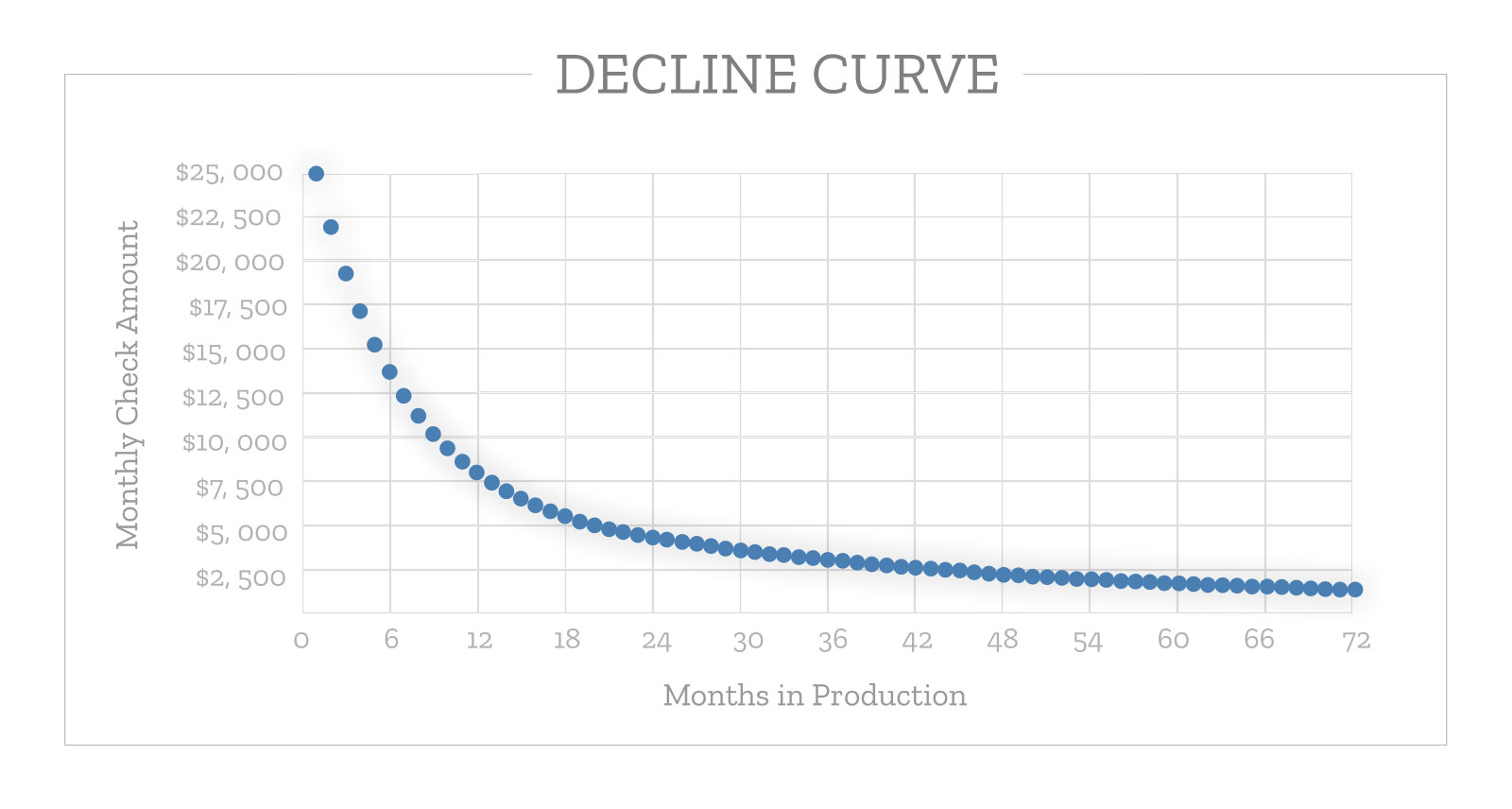 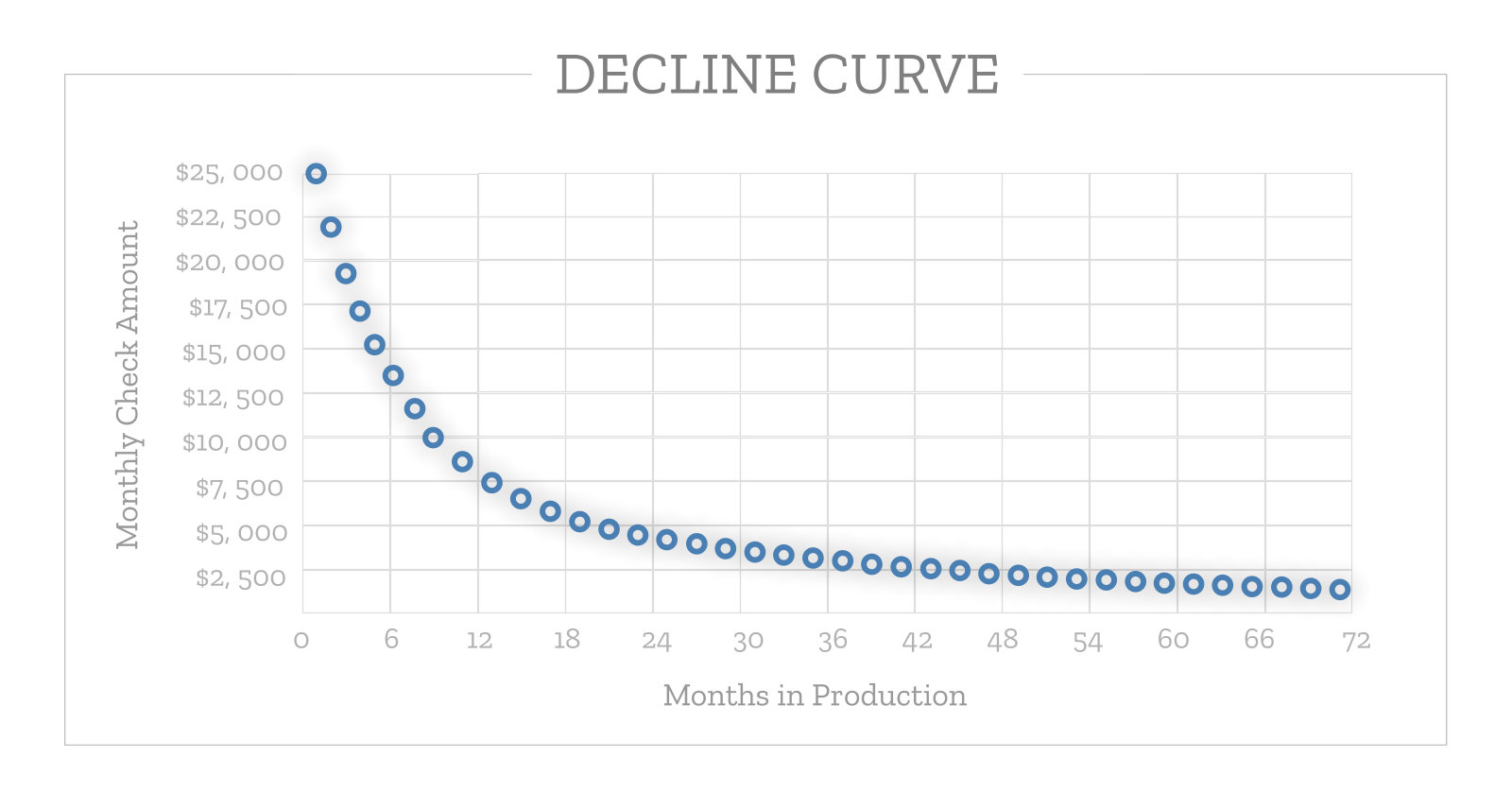 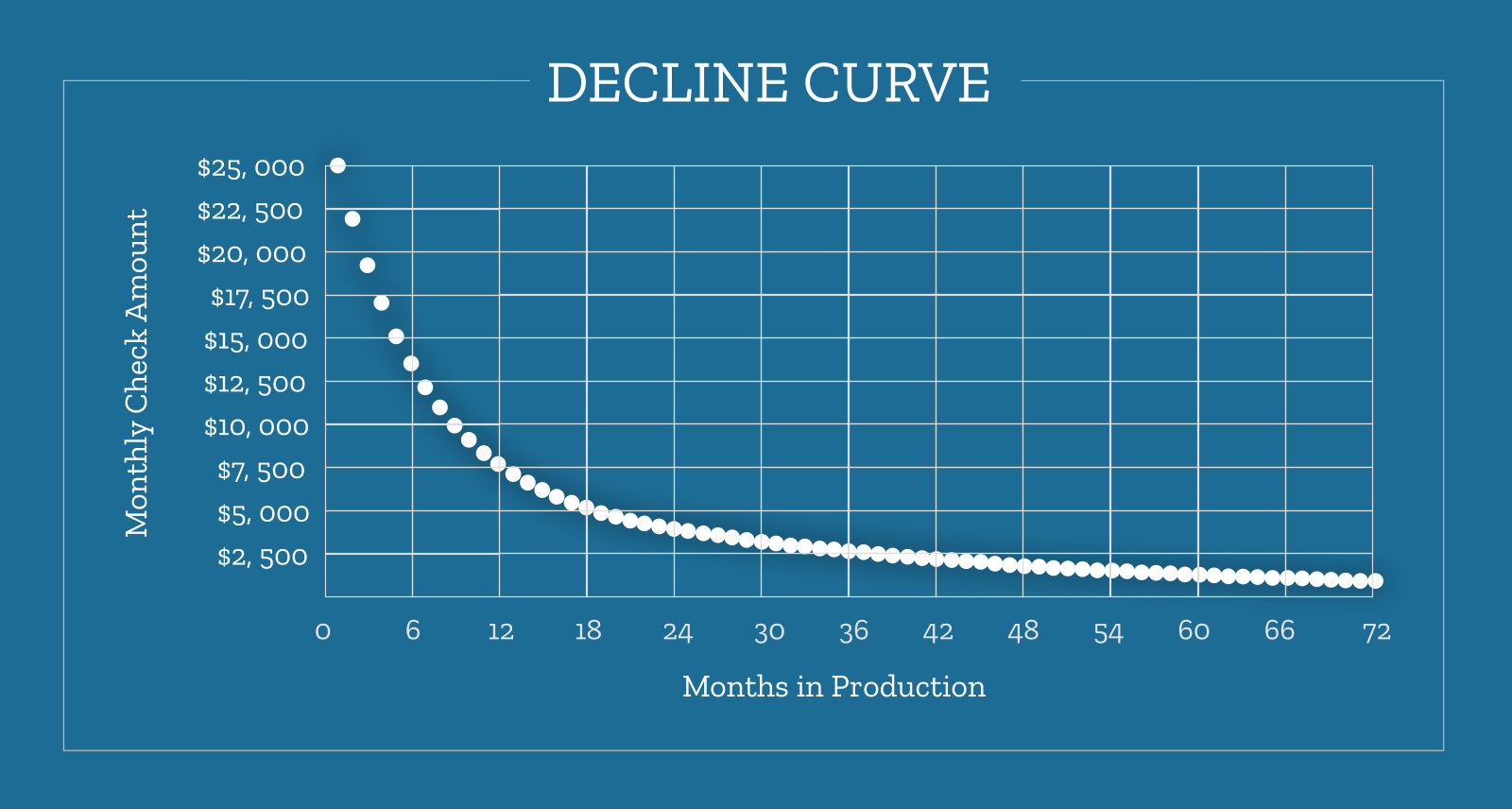 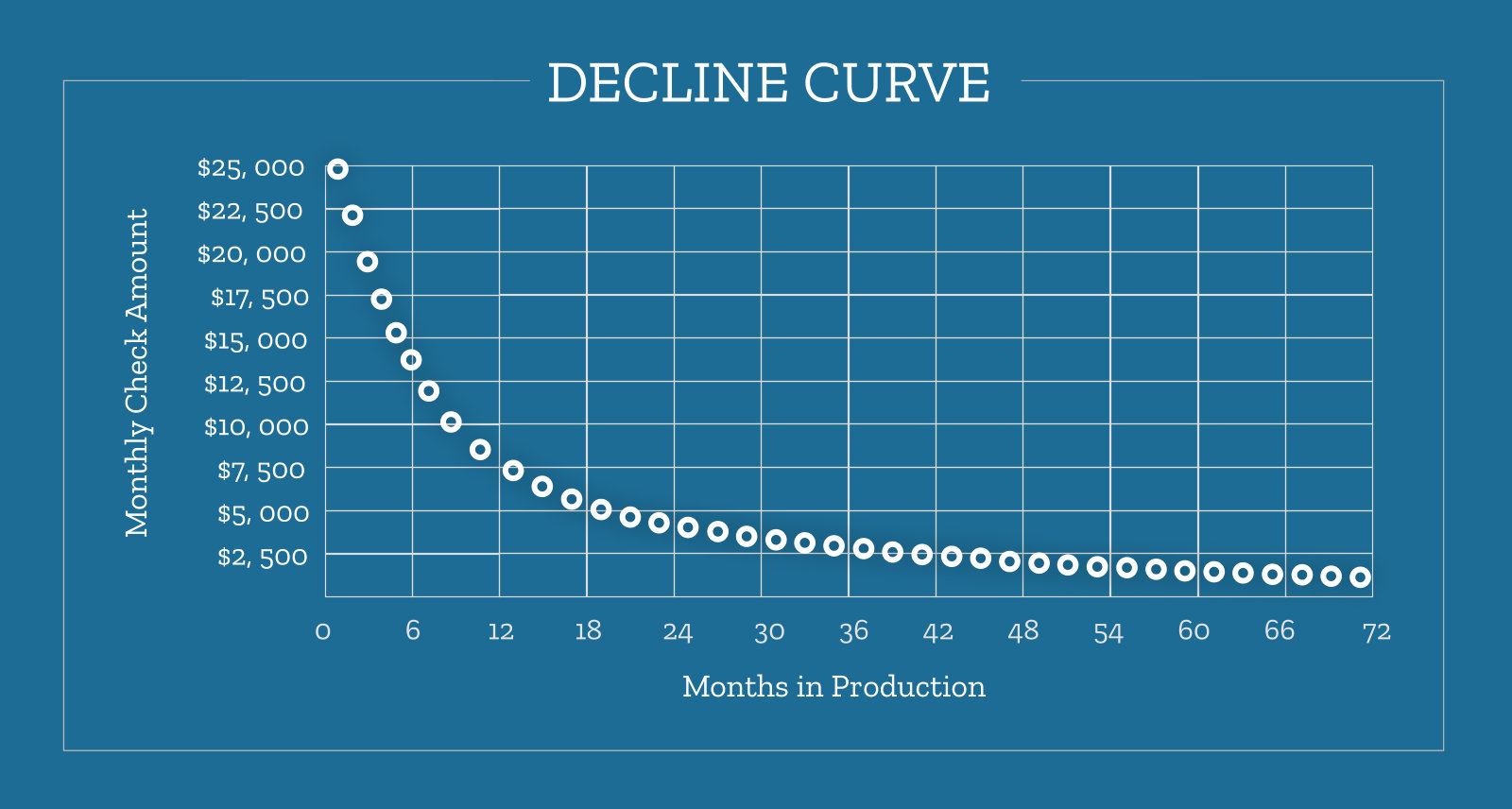 If you have questions about your mineral rights, we’re here to help!  We speak with mineral owners every day and we look forward to hearing from you.  Please don’t hesitate to fill out the form below with any questions and our friendly team will respond quickly.

What information should I provide?

The more information you can provide about your property the better!  We can give you a better idea about the value of selling mineral rights if you provide more information.  The most important thing we need is for you to answer the questions and provide your state and county.

If you have the required documents to list, providing those is extremely helpful!

Will there be any pressure?

Absolutely not!  When you inquire at US Mineral Exchange we will not be putting any pressure on you to sell.  We will help answer any questions you have whether you are interested in selling or not.

How long will a response take?

We typically respond to inquiries in less than 12 hours and usually within hours of submitting the contact form. At US Mineral Exchange our goal is to be available to mineral owners as a resource so we pride ourselves on quickly replying and communicating with mineral owners.

What will you do with my information?

At US Mineral Exchange, we take privacy very seriously. We will NEVER sell your information or use it without your consent. When you send us documentation or tell us about your property, that information does not go outside our company without your consent. Even when you list a property for sale on our website, we strictly control who has access to the information about your listing so that only legitimate buyers will be able to see property details.

How do I know the offer I have in hand is fair?

Many mineral owners make the mistake of getting an offer and quickly selling.   They then accept an offer far below market value because they felt pressure to sell.   There is nearly always a better price available.

Imagine you were selling a home.  Would you get the best price from a random person who walks up and makes you an offer?  No way!  Now imagine you list the home on the MLS where thousands of potential buyers know your house is for sale.   The key to getting the best price is competition.  Our guide to selling mineral rights explains everything.

Why Sell Mineral Rights at US Mineral Exchange?

How much does it cost?

There are absolutely no cost to list your property.  When you locate a buyer by listing your property with us, we are paid a commission directly by the buyers closing agent. This means you never have any out of pocket expenses ever.  We only get paid if we can get you a better price than the current offer you have in hand.